I believe if I live long enough, it is inevitable.

The packing I refer to here pertains to the art of loading something on to a horse or mule to be transported to some other place.

It should not be confused with a situation which would simply allow throwing a body in the back of a truck or in the trunk of a car or even strapping one to the back of a raft.

Where’s the art and expertise in that?  The body, human of course.

I’m now on year 39 in my guiding career.

When I first began packing in the Frank Church River Of No Return Wilderness I received plenty of tidbits of advise from outfitter/guide/packer types my first summer and a couple have stuck with me through the years.

First and foremost was the advise of my initial employer in Idaho, an outfitter named Ron Vaughn, who simply advised me to “have fun”.   The second came from several folks of varying horse packing and wilderness experience; “if you’re ever in the hills and you feel the “Big One” coming on, (death), be sure to lay over a big log so that when you stiffen up someone can just throw you over a horse or mule to pack you out rather than having to cut you in two in order to pack you correctly.

Now I have to be honest, the first piece of advise has been my mantra for 35 years, the second has not yet come in to play, at least not as of the time of this literary endeavor.   Furthermore, I have passed the log advise/procedure on to most of my horseback hunting clients over the years and to date none have had to implement the advise/procedure either, at least not while hunting with me.   I’ve even gone as far as to amend the advice to suit my backpack hunters.

I simply assure them not to be concerned with the rugged remoteness of the country we may be hunting in,  for no matter how rough it may be, or how hurt they may become,  I can carry them out of anywhere we may travel. It just might take 2 or 3 trips.

My very good friend Joel, or Uncle Joel as us closest to him know him, and I have made many trips into the wilderness.

Lots of hunts, fishing, family pack trips and the like. However, most trips that involve the two of us have been for the sake of death, not causing it but finding it, and searching for those who have died before us while typically nearly causing our own.

Not people, ( not that we wouldn’t scavenge a dead body if we found one), mainly skulls of bighorn sheep, elk and deer, occasionally a cat or bear skull, interesting artifacts and God. Its true, most hikes with Uncle Joel and I involve seeing God before we get home. These trips have taught us a lot about death. Where it typically happens, when, and mostly the difference between death by predator and that of an animal who was fortunate enough to, in such a violent world, die on his own terms.

Many of the carcasses we find will be in complete turmoil, at least whats left of them.  Bones and hide scattered across some hillside or creek bottom. But on occasion we find the majestic old bugger was able to find a quiet flat spot, usually on a bluff with a view, where they laid down one last time, closed there eyes and never woke up. You can see it happening in a bed but to die that way in the wild is a rare honor to say the least.

Have I mentioned I’m a napper? I don’t dabble in napping, I’m a pro.

I rarely toot my own horn but I am probably one of the best nappers of all time. With that said, the advise about finding a tree to lay over definitely fell on deaf ears when it comes to me personally. I don’t have any problem passing the advise on to others,  but as for me there will be no wasting of time, effort or comfort looking for a log that will only benefit the unlucky guy who finds me.  So again I alter the original advise by saying that it is more the responsibility of the guy who’s with the guy who feels The “Big One” coming on to ultimately find the log to put his buddy over.

Be sure to do this as soon as possible as dead things stiffen up pretty quick. I personally am hoping for the “last nap on a bluff with a view” option and will leave the technique of my pack out to the poor slob that finds me.

One of the true highlights of being a modern day wilderness outfitter is to, on occasion, get together at strategic urban locations with a bunch of my contemporaries along with groups of land managers from the USFS, BLM, IDF&G and such to hear what I’m doing right or (mostly) what I’m doing wrong as an outfitter.

We usually capitalize on our time together by bringing in self proclaimed “experts” in different fields that might be relevant to us as outfitters.  Topics like “How to build a better mule,” “Capitalizing on the Japanese tourist market” and “Outhouse Cleanliness is next to Godliness” can keep us on the edge of our seats for days.  My favorite sessions are alway the ones that will teach me the secret trick to out marketing the other 200 outfitters in the room who are listening to the same lecture.

Several years ago we had one such marketing genius address the group.  For hours he was flashing numbers, doing advanced math on the big screen, taking note of world population swings, Baby Boomers, the X generation, average take home pay, age structures and much more.  Mind blowing potential customer information that would make your head spin.  No really, I think that at one moment there my head really did spin, (probably in lieu of exploding). Much to my amazement the other 199 were all alternating between enthusiastic note taking and a glorious group kneeling chant of “ooohhh” and “aaahhh”. It was a simple classic chant really, both hands over the head, ooohhh then bend forward with arms stretched forward as well, aaahhh.  I tried to join in once but just couldn’t get in the rhythm . I was bowing and ooohhhing when everyone else was note taking, I was note taking and everyone else would be aaahhhing.

A third bit of advise that no one ever gave me would be to never emit an ill-timed aaahhh while sensei is talking and others are note taking.

The other followers in the room made that one very clear to me. At that point I put my pen down and kept my ooohhhing and aaahhhing to myself. Fortunately my faux-pas was quickly forgotten as the marketing Guru reached the climax of his marketing diatribe.  All eyes and ears were fixed on the Master as he uttered the sacred secret to our marketing immortality. The one morsel of information that would make every outfitter in the room wealthier than their wildest dreams.

He began:  30 years ago our clientele were mostly successful 30 somethings. They were the shakers and the movers of their time. They had money and they spent money, I.E., outfitted trips. But now, 30 years later, he says, those folks have been replaced by a group of 60 somethings who seem to like to do the same things the 30 somethings liked to do 30 years ago.  This guy was amazing.  Ooohhhs and aaahhhs all around.

His last fiery message of the evening, “go out and market 60 somethings!” Then, like an apparition, he was gone. Everyone looked about. What does this mean? What must we do? There was a glaze over the room as 200 ( well at least 199) outfitters took in the moment of Zen, pondering the vastness of the information bestowed upon them.  How would they find these souls who would come and save them from outfitting financial ruin and deliver them to aristocracy?

I on the other hand was totally disappointed, in myself,  mainly. I didn’t get the math, I had no chanting rhythm and as it turned out, couldn’t read my own notes. I was in no way intellectual enough to take any of this further on my own so I resolved myself to just go home and continue booking the 30 somethings who had been coming with me for the past 30 years.  Sometime I wish I wasn’t such a dummy..

This happened over ten years ago so I’m pushing them all into 70 somethings.

So here we are again, the original conundrum?  How to pack a body.

Simply put, my clients are getting older.   So am I.

We have two choices really, learn how to pack a body or quit.

I may be a big dummy but I’m no quitter and I have lots of old clients who aren’t quitters either.   So many in fact, that it leaves me with a feeling of responsibility to take my body packing to a whole new level. The fact is that anyone with any packing experience at all could wing it for a body or two, have a few mishaps and nobody would probably say much,  but if sensei is correct I need to prepare for client “tip over” on a regular basis.

I’m definitely going to have to hone my skills. I’m sure that the military has some section on the topic in their calvary manual but you know me and governmental bureaucrats. So lets not go there.  Inevitably,  death will come to us all.  Is it OK to die on your own terms?  Plan a hunt in a place you love,  but have no business being in your current condition?  Who’s responsible for your death?  Will I be a hero for taking Bob on a one way trip for the last time or found to be responsible for his death?

As for me, I will always say yes and let the chips fall where they may. Not for the money but for Bob.

To the folks who see humanity, sincerity and sympathy in such an act, I say no problem, it is my privilege.  To those who would seek restitution, law suites and criminal charges because I killed Bob;  Hopefully I can take them on a nice backpack hunt someday.

The River of No Return 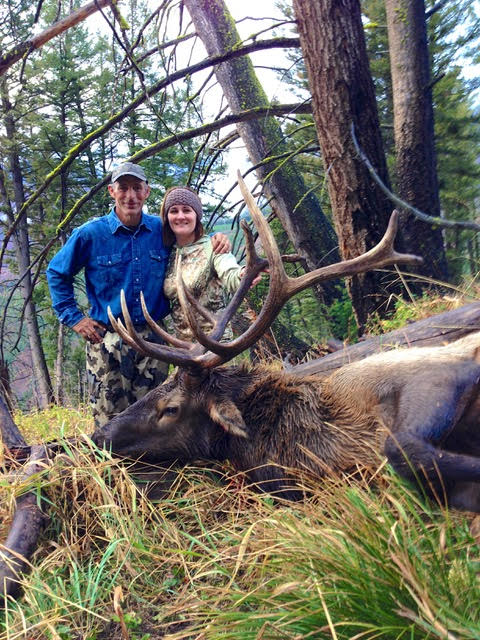 Just one Middle Fork of the Salmon River Outfitter's take on how to "Just Say YES," how to identify if you are "when-ing" yourself to death and the unwritten obligation of phone calls during hunting … END_OF_DOCUMENT_TOKEN_TO_BE_REPLACED

More Posts from this Category

If you want to learn more about Outfitter Steve Zettel and Idaho Wilderness Company, FOLLOW US by subscribing to our periodic updates. We’ll share tips and tales about our brand of mountain man style hunts in the Frank Church Wilderness. Learn about: